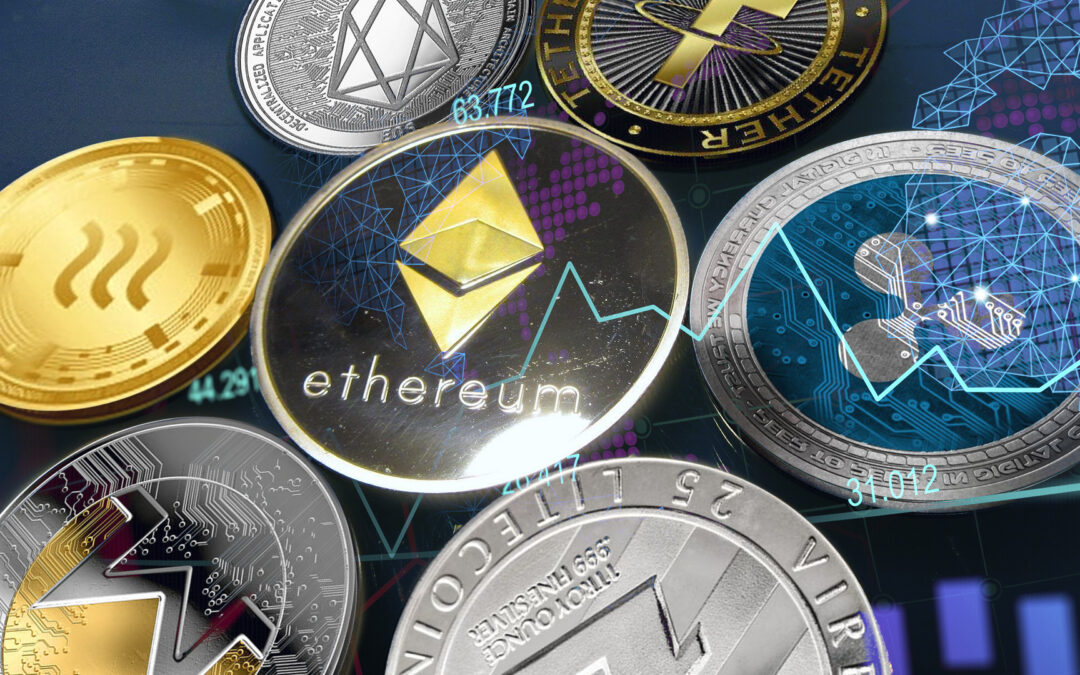 Bitcoin has not only set trends, marking the beginning of a wave of cryptocurrencies built in a decentralized network among equals; it has also become the de facto standard for crypto-currencies, thus inspiring a growing legion of followers and descendants. In this sense, the most important crypto-divsives in the market, apart from Bitcoin, have been constituted.

Before we take a closer look at some of these alternatives to Bitcoin, let’s take a step back and briefly look at what we mean by terms like crypto-currency and altcoin.

A crypto-currency, defined in general terms, is virtual or digital money that takes the form of tokens or “coins. While some crypto-currencies have ventured into the physical world with credit cards or other projects, the vast majority remain totally intangible.

Below, we will examine some of the most important cryptocurrencies other than Bitcoin in the market. However, first, a word of caution: it is impossible for a list like this to be completely exhaustive since there are more than 2,000 crypto-currencies as of January 2020.

The first bitcoin alternative in our list of the most important cryptocurrencies in the market, Ethereum is a decentralized software platform; which allows to build and execute intelligent contracts and decentralized applications (DApps) without downtime, fraud, control or interference from third parties.

Launched in 2012, Ripple “enables banks to settle cross-border payments in real time; with end-to-end transparency and at lower costs”.

Ripple’s consensus ledger (its method of formation) is unique in that it does not require mining. In fact, all of Ripple’s XRP tokens were “mined” prior to launch; meaning that there is no “creation” of XRP over time, but only the introduction and removal of XRP from the market supply according to network guidelines.

In this way, Ripple differs from bitcoin and many other altcoins. Because Ripple’s structure does not require mining; it reduces the use of computing power and minimizes network latency.

Litecoin, launched in 2011, was one of the first crypto-currencies to follow in the footsteps of bitcoin and has often been called “silver to bitcoin gold”. It was created by Charlie Lee, an MIT graduate and former Google engineer.

Litecoin is based on a global open source payment network that is not controlled by any central authority and uses “scrypt” as a working proof, which can be decoded with the help of consumer grade CPUs.

Although Litecoin resembles bitcoin in many ways, it has a faster block generation rate and therefore offers faster transaction confirmation time; placing Litecoin as one of the most important cryptocurrencies in the market.

Tether was one of the first and most popular of a group of so-called stablecoins, crypto-currencies that aim to fix their market value to a currency or other external reference point to reduce volatility.

Since most digital currencies, including major ones such as bitcoin, have experienced frequent periods of dramatic volatility, Tether and other stablecoins attempt to smooth out price fluctuations in order to attract otherwise cautious users. 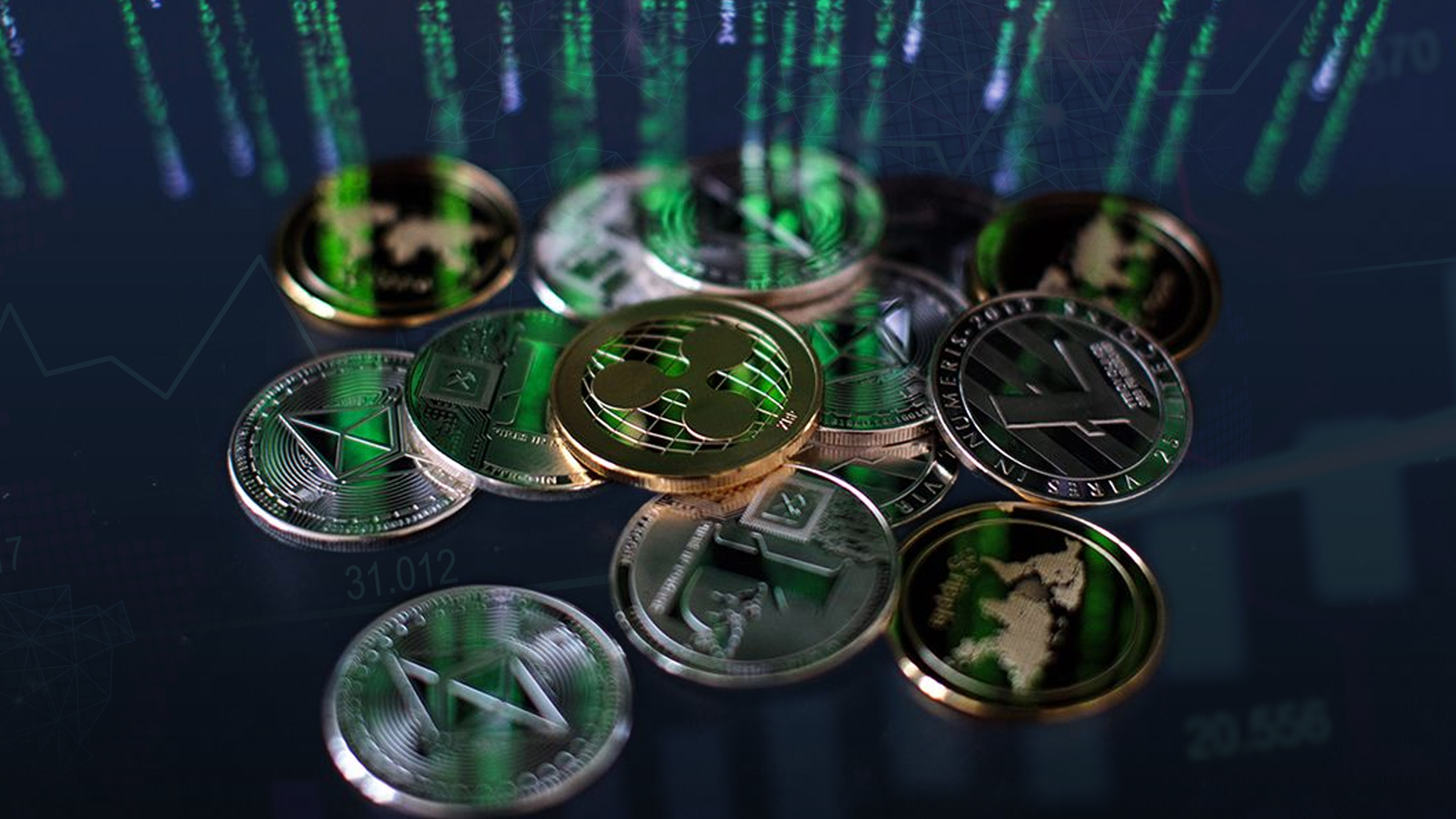 Bitcoin Cash (BCH) holds an important place in the history of altcoins because it is one of the first and most successful hard forks of the original bitcoin.

In the world of crypto-currency, a bifurcation occurs as a result of debates and discussions between developers and miners. Due to the decentralized nature of digital currencies, wholesale changes to the code underlying the token or currency in question must be made by general consensus; the mechanism of this process varies according to the particular crypto-currency.

When the different factions cannot reach agreement, sometimes the digital coin is split, with the original remaining true to its original code and the other copy starting its life as a new version of the previous coin, with the changes to its code. The BCH began its life in August 2017 as a result of one of these divisions.

The debate that led to the creation of the BCH had to do with the issue of scalability; the Bitcoin network has a strict limit on block size: one megabyte (MB). The BCH increases the size of the blocks from one MB to eight MB; with the idea that larger blocks will allow faster transaction times.

One of the most important cryptocurrencies in the market has not yet been launched. In mid-2018, rumors circulated that social media giant Facebook, Inc. (FB) was developing its own crypto currency.

The rumors were officially confirmed on June 18, 2019, when Facebook published the white paper for Libra. The provisional launch date for the symbol is after 2020, as Facebook has committed to circumventing regulatory barriers before its launch.

Libra will be overseen in part by a new Facebook subsidiary, financial services company Calibra. When Libra launches, it is sure to attract a lot of attention from those inside (and outside) the crypto-currency sphere.

Monero is a safe, private and untraceable currency. This open source crypto currency was launched in April 2014; it soon attracted great interest from the community and cryptography enthusiasts. The development of this cryptodivision is entirely based on donations and is driven by the community.

Monero has been implemented with a strong emphasis on decentralization and scalability; it also allows complete privacy through a special technique called “ring signatures”.

With this technique, a group of cryptographic signatures appears that includes at least one real participant; but since they all seem valid, the real one cannot be isolated. Due to exceptional security mechanisms like this, Monero has developed a somewhat unpleasant reputation: it has been linked to criminal operations all over the world.

However, whether it is used for good or bad, it cannot be denied that Monero has introduced important technological advances in the space of cryptography.

Apart from Libra, one of the newest digital currencies on our list is EOS. Launched in June 2018, EOS was created by crypto coin pioneer Dan Larimer. Prior to his work at EOS, Larimer founded the digital currency exchange Bitshares; as well as the social media platform based on Steemit block chains.

Like the most important crypto-currencies in the market of this list, EOS is designed according to the Ethereum; therefore it offers a platform where developers can build decentralized applications.

Bitcoin SV (BSV), with “SV” in this case meaning “Satoshi Vision”, is a bifrcation of Bitcoin Cash. In this sense, BSV is a branch of a branch of the original Bitcoin network.

A network update planned for November 2018 led to a long discussion between mining and the developing factions of the BCH community; which led to a bifurcation and the creation of BSV.

The developers of Bitcoin SV suggest that this cryptocracy restores the original protocol of Bitcoin developer Satoshi Nakamoto; while allowing new developments to increase stability and enable scalability.

The Binance currency (BNB) is the official symbol of the Binance crypto-currency exchange platform.

Founded in 2017, Binance has rapidly become the largest exchange of its kind worldwide in terms of total trading volume.

The BNB is used to facilitate transaction fees at the exchange and can also be used to pay for certain goods and services, including travel and other expenses.